In July 2016, an observation campaign designed to estimate the abundance of small cetaceans, using 4 ships and 7 aircraft, will cover European Atlantic waters from Lofoten to Gibraltar for 5 weeks. The United Kingdom, Norway, Sweden, Germany, Denmark, the Netherlands, Belgium, France, Spain and Portugal are joining forces to carry out the third edition of this large-scale campaign orchestrated by a Scottish research centre, the Sea Mammal Research Unit. 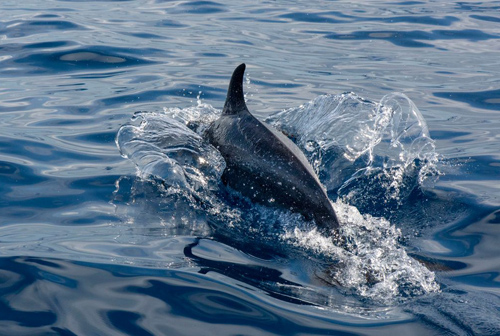 The campaign will survey harbour porpoises, dolphins and minke whales and establish a new baseline, 11 years after the assessments made during the SCANS II campaign in 2005. In Europe, these species are protected because of their vulnerability. Some, such as the harbour porpoise, occupy maritime areas where human activities are important and they are subject to pressures that threaten them, such as accidental capture in fishing gear.
Between 1994 (SCANS I) and 2005 (SCANS II), the European harbour porpoise population remained stable (around 350,000 individuals), but had moved southwards from the north of Europe, in particular towards the Channel and the Celtic seas. What will happen next summer? Are small cetacean populations still stable? What maritime spaces do they use in European waters?
Every year, several hundred porpoises, but also common dolphins, wash up on our coasts and accidental captures remain the most common cause of death. Knowing the status of small cetacean populations is essential to adapt the best conservation strategy.

The campaign will cover all of the French Atlantic waters from the North Sea to the south of the Bay of Biscay. The Ministry of Ecology is contributing to the project (in particular through the Marine Protected Areas Agency and the Water and Biodiversity Directorate).
On a scientific level, the PELAGIS Observatory (University of La Rochelle / CNRS) is involved in the aerial part of the project. With more than 10 years of experience in the field of aerial observation of marine megafauna, the PELAGIS Observatory team will coordinate the work of two of the seven aircraft that will fly over the maritime areas between France, Ireland and the United Kingdom. The PELAGIS Observatory team will soon welcome the European scientists in charge of the aerial component for training and calibration flights over the Parc marin des estuaires picards et de la mer d’Opale and off Cap Gris-Nez. 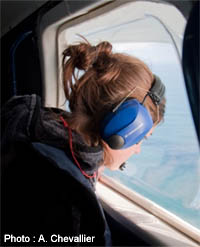