During the last winter, almost 1 200 small cetaceans stranded dead on the Atlantic coast. These were mainly dead common dolphins accidentally caught in fishing gear. These fishing-related mortality peaks are not new, and since 2017 a national working group, co-piloted by the Ministries of Agriculture and Fisheries and of Ecological and Solidarity Transition, made up of fishing professionals, scientists and managers, has been looking into this increasingly worrying issue both in terms of the conservation of protected marine species and the sustainable maintenance of fishing activity in the Bay of Biscay in winter.
In the actions of this group, a programme has just started: LICADO for “Limitation of incidental catches of common dolphins in the Bay of Biscay”. 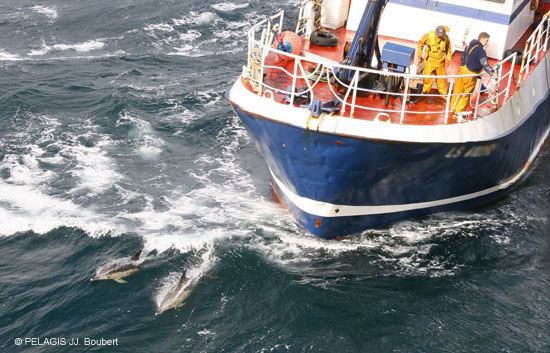 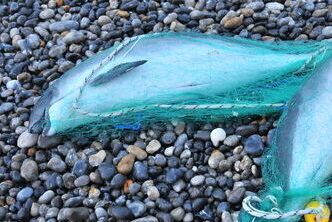 It is a programme financed under measure 39 of the FEAMP (European Maritime Affairs and Fisheries Fund) “Innovation linked to the conservation of the sea’s biological resources”. It is also co-financed by France Filière Pêche. The project is led by the CNPMEM, and the partners are: Ifremer, the Pelagis Observatory, the OP Pêcheurs de Bretagne, the company OCTech, and the AGLIA. The following are also involved in the project: AFB, DPMA, France Filière Pêche, FranceAgriMer.
The project will run for 3 years, covering 3 successive fishing seasons (winter), and will end in May 2022. It will have two components:
– The development of acoustic repellent systems aimed at limiting accidental catches, with the development of a new pinger prototype,
– Reflection on avoidance practices and strategies.
In this context of understanding the phenomenon of accidental capture, the Pelagis Observatory has recruited a research engineer.