PelaSIG is a free and open source toolbox integrated to the Qgis 3.x software.
Composed of 8 modules, this plugin allows to carry out geoprocessing facilitating the process of collection and processing of monitoring data of the marine megafauna:

1. Detailed instructions for the plugin are accessible via the first module of the pelaSIG toolbar.
2. The second module is part of the preparation phase of an aerial campaign by offering the user the possibility of directly preparing, on the one hand, the necessary files in the format required for the SAMMOA software, used to collect the data, and, on the other hand, the files needed by the pilots to carry out the planned transects.
The following modules are used in the post-campaign phase.
3. The third module allows the creation of files listing potential corrections to be made to the effort and observation files at the output of SAMMOA. This module is used during the data validation phase.
4. The fourth module allows, directly from the shapefiles, to linearise the effort and to prepare the files according to the format required for the following analyses (Analysis and mapping tools of the plugin, R or Distance).
5. The following module allows to segment the linearised effort by choosing the length of the segments and to edit a file of points of the centroids of the segments
6. The sixth module provides several statistical spreadsheets describing the effort and observation files.
7. The seventh module is a mapping tool offering the possibility to create several types of maps and to export them according to a predefined layout in pdf, jpg or shape format.
8. Once the data has been validated, the shapefiles can be stored directly in a PostgreSQL database thanks to the eighth module.
9. The basic exchange data can then be prepared and shared using the last module. 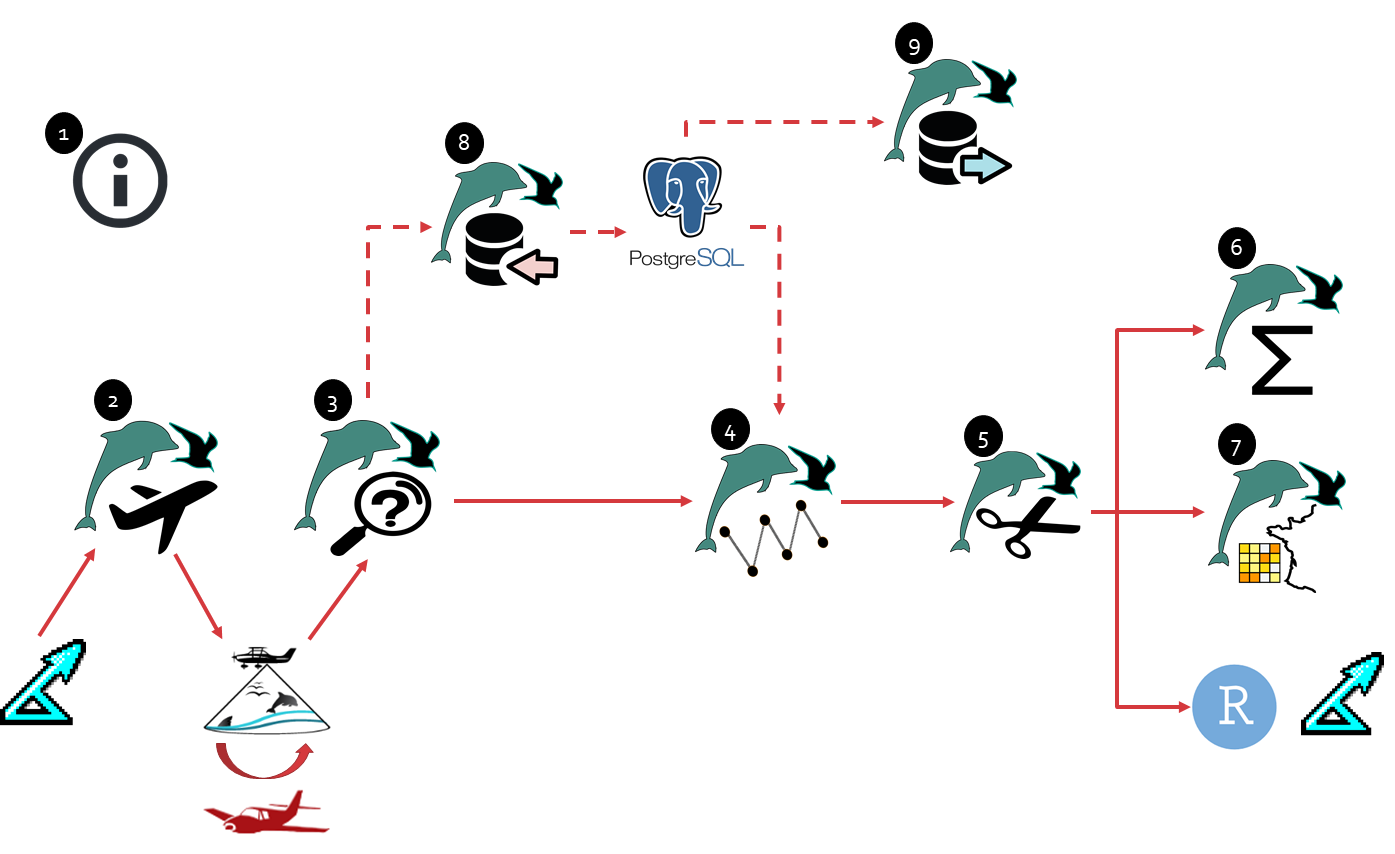