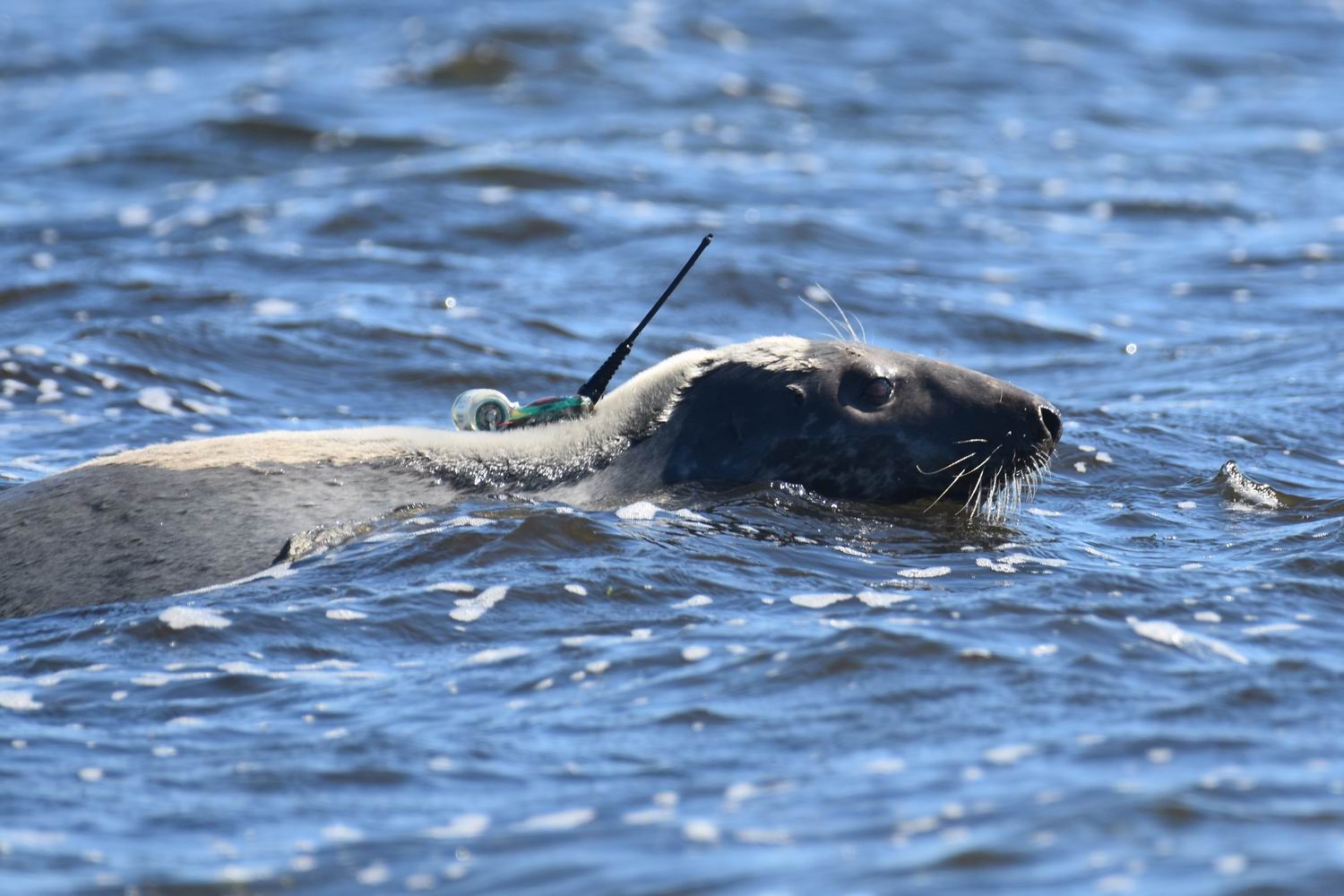 From 11 to 15 September, a team of a dozen people from mainland France and Saint-Pierre-et-Miquelon set out to the waters of the archipelago to place Argos tags on five harbour seals (Phoca vitulina) and two grey seals (Halichoerus grypus). The aim of this scientific programme is to gain a better understanding of these marine mammals, their habitat use and their interactions with human activities.

This operation is part of the projet COPEMAM, which aims to better understand conflicts between fishing and marine mammals in the Saint-Pierre and Miquelon archipelago. This monitoring focuses on studying seal hunting areas and exchanges with Canadian colonies (particularly in Newfoundland). This programme is co-financed by the French Office for Biodiversity (OFB) and the Direction du territoire, de l’alimentation et de la mer (DTAM) of Saint-Pierre-et-Miquelon.

Departure at sea for the team led by Cécile Vincent, researcher at the Centre d’Études Biologiques de Chizé (CNRS-La Rochelle University), made up of agents from the DTAM and the OFB territorial service of Saint-Pierre-et-Miquelon, as well as OFB agents in Brest and at the Iroise Marine Natural Park.

The seals are then captured and transported to the nearest shoreline for tagging.
The Argos tags are glued to the seal’s fur on the back of its head and remain in place until the animal’s annual moult. They can thus transmit for several months, providing information on the position, depth and acceleration of the individuals, which makes it possible to identify their hunting areas.

Of the 5 seals monitored in 2019, some have travelled several hundred kilometres while others have not left the archipelago.

In 2019, 5 seals were tagged and monitored by the Centre d’Études Biologiques de Chizé. The 7 animals tagged in September 2020 will be followed until the tags stop being emitted, in 5 to 6 months. The final results of this study will be known in 2022.